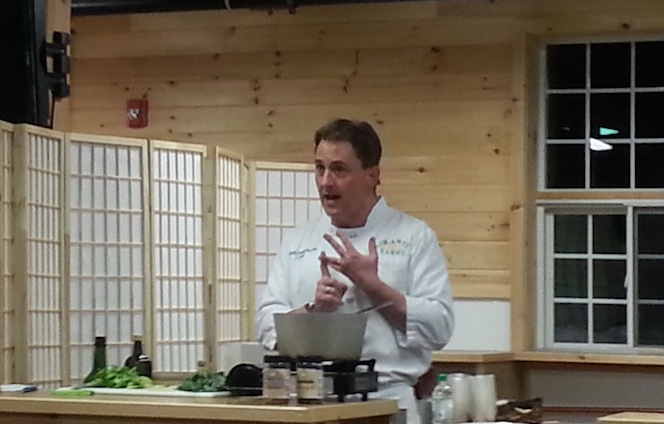 Todd Heberlein, Wilson Farmʼs resident chef, grew up in rural New Jersey surrounded by acres of farm-land. Despite his proximity to farm-fresh produce, most of the vegetables of his childhood came straight from the freezer. Still, Todd enjoyed experimenting with food. Todd and his older brother would often search the freezer for ingredients in yet another creative concoction. “An early favorite included scrambled eggs, steak-ums® and lots and lots of cheese” laughs Todd. He continued to improvise with what was on hand in his family’s home and thus began a fascination with food and cooking. After high school, Todd began college in Atlantic City studying hotel management. Within a year, however, Todd packed up his few belongings and moved across the country to Santa Barbara to live with his brother and continue his degree at City College. “Living with my brother was great” recalls Todd, “We had a small place that wasn’t far from an amazing farmers market”.

With a little help from his brother, and access to fresh, locally grown produce, Todd began creating dishes that shared little resemblance with those of his youth. “Mostly so we wouldn’t starve” he says. Away from home for the first time, Todd needed a job – and fast. While hotel jobs didn’t pan out, Todd was able to land a gig as a prep cook in a small but busy cafè. Todd loved being in the kitchen so much that he switched majors from hotel management to culinary arts.

Continuing to work nights and weekends while in school, Todd moved from restaurant to restaurant determined to learn all he could from each location. “Each was a new adventure”, says Todd of his many stops along the way that included Fess Parkerʼs Red Lion Resort where he was a banquet and brunch cook, and Citronelle where he studied French cooking under Micele Richard. In 1991, Todd finished school and set a course for San Francisco where more adventures awaited. Once in the city by the bay, Toddʼs love of local produce was further cultivated when he joined Restaurant Lulu which served fresh coastal French and rustic Italian cuisine. Luluʼs menu changed daily to showcase the freshest in local fruits, vegetables and seafood. “The difference (in the final product) was astounding”, remembers Todd. Todd learned a lot at Luluʼs but eventually moved to Los Angeles and landed his “dream job. At least thatʼs what I considered it at the time” remembers Todd. The restaurant was Patina Restaurant in Los Angeles. Long considered one of LAʼs top dining destinations, reservations were nearly impossible to get and the guest list often read like a whoʼs who of Hollywood stars and starlets. After a year at Patinaʼs, Todd was promoted to sous chef in the catering kitchen. From small dinner parties, to the re-opening of the Getty Museum, Todd was heavily involved and loved every minute of it. Todd recalls his biggest challenge was catering the Emmy Awards – an event that hosts three to four thousand celebrities, producers, directors and others from the world of film. This was both a boon to Toddʼs confidence and the biggest pressure cooker he had ever been in.

While at Patina, Todd met his future wife. A pastry chef at the time, she and Todd soon began dating and later, planning their future together. Despite the world-class opportunities at Patina, Todd eventually moved on to pursue even more culinary knowledge. Landing at Lucques Restaurant in LA (widely renowned for its locally- sourced menu), Todd worked under Chef Suzanne Goin. Once engaged, Todd and his fiancé looked to New England for their next adventure. Having grown up in Needham, Massachusetts, Todd’s wife was happy to return to her roots. In 1999, the couple settled in Connecticut where Todd began cooking at the historic Mayflower Inn. He also planted a vegetable garden adjacent to the kitchen to “better take advantage of fresh ingredients”. Looking to start a family, Todd decided that he had enough of the restaurant life. It was then that a former coworker mentioned that Wilson Farm in Lexington was in need of a chef. Wilson Farm, historic in its own right, had been farming that exact plot of land since 1884. Boasting some of the best soil in the Northeast, Wilson’s is family-run and has been committed to the idea of local produce decades before it became fashionable.

To his joy, Todd was offered the job of running the farm’s full-service kitchen and from his small kitchen garden in Connecticut to thirty-three acres of farm-land, Todd suddenly had a limitless supply of farm-fresh produce to draw from in creating his recipes. “This was the dream job I never knew I wanted”, recalls Todd. Its been ten years since Todd joined Wilson Farm and he’s wasted no time in making his mark on the ever-evolving farm. Todd has introduced Wilson’s loyal customers to hundreds of new recipes that, while true to the farm, offer ingredients in new and exciting ways. In addition, Todd has contributed to the kitchen’s redesign (and may do so again soon), begun a series of eagerly-anticipated cooking classes, hosted two farm-inspired “Dinners in the Field”, and participated in the Phantom Gourmetʼs Food Festival.

Todd’s greatest achievement (and his greatest pleasure) at the farm however, is his ongoing love-affair with fresh, locally-grown produce. “To be able to, literally, reach outside the kitchen door and select these amazingly fresh ingredients, it’s…” he trails off, “it’s just amazing. I’ve certainly come a long way from frozen vegetables” A sentiment, no doubt, shared by the many Wilson Farm customers who regularly purchase one of Chef Toddʼs delicious creations or try their hand at his hundreds of recipes available at the farm and on their website. To experience some of Toddʼs recipes for yourself, you can visit Wilson Farm at 10 Pleasant Street in Lexington, Massachusetts or check out their website  www.wilsonfarm.com. 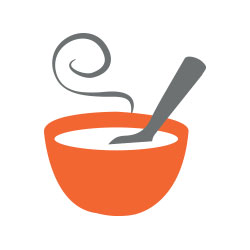