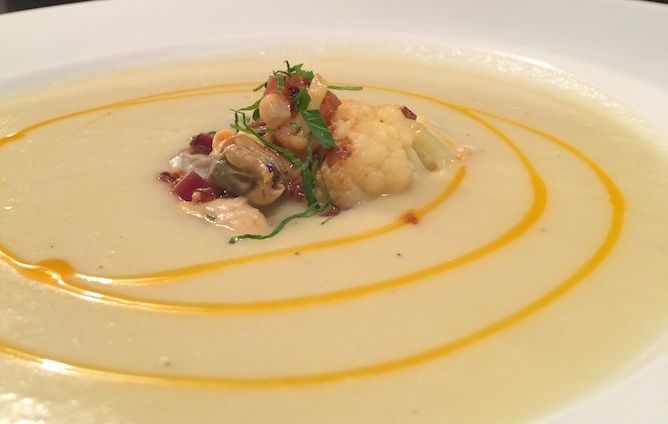 Carolyn Johnson heads the kitchen at 80 Thoreau, a progressive fine dining restaurant set in historic Concord, MA.    Since opening the restaurant in April 2011, Carolyn has led her team to top reviews and awards, including being recognized by Food & Wine Magazine as a People’s Choice, Best New Chef nominee in 2013.

Carolyn’s cooking is rustic and refined, celebrating the fresh local bounty delivered fresh daily from neighboring farms.  Concord is as steeped in history as it is farms, and it all comes together at 80 Thoreau.

Carolyn learned from some of the best chefs in top Boston and Cambridge kitchens. Prior to opening 80 Thoreau in April 2011, she was a protégé of Jody Adams, working through the ranks of Rialto and cooking alongside Jody as Rialto’s chef de cuisine.   Before that, Carolyn had learned from Chris Douglass at his much-loved Icarus in the South End, and from Stan Frankenthaler at Salamander where she rocked the wood grills.  She also spent time at Mark Gaier and Clark Frasier’s  Arrows Restaurant in Ogunquit, known for its premier herb and vegetable gardens.

This intense focus on locally grown ingredients is an integral part of her approach.   “All of these experiences brought me to open 80 Thoreau here in Concord” explains Carolyn.  When restaurateurs Ian Calhoun and Vincent Vela approached Carolyn about their concept for a progressive, seasonally influenced restaurant in Concord, she was inspired by the setting with its neighboring farms, and by Ian and Vincent’s commitment to creating a restaurant with the highest standards of both cuisine and hospitality.

“It has been an amazing couple of years” shares Carolyn.  “We have such an extraordinary team. I am excited and grateful beyond words for the restaurant to have been so welcomed by the community, and earning such acclaim.”  No worries, her dishes can do the talking!

Her menu is rustic and refined, rooted in New England product and traditions, embellished with French techniques.  As the focus of the culinary world has turned to local sourcing, there are few better communities to join than Concord’s – one which boasts a host of commercial and family farms.  Carolyn updates her seasonally inspired menu daily and works with her team in an open kitchen.  There is a cult-like following for the four seats at the Chef’s Counter where guests can watch all the action while experiencing the “Chef’s Tasting” offered every Thursday-Saturday evening.

Set in historic Concord, 80 Thoreau is a progressive fine-dining restaurant offering New American cuisine and genuine hospitality. The vision for 80 Thoreau is one that has grown over the years since restaurateurs Ian Calhoun and Vincent Vela met at Cornell and vowed to open a restaurant one day.  Their experiences cooking, serving, bartending and managing form the basis for the hospitality at 80 Thoreau. A sense of rustic New England meets contemporary simplicity sets the stage for the beautifully prepared dishes by Carolyn and her team.

80 Thoreau has earned high praise and honors, including:

Three Stars.  A fine focus on a meal done right, 80 Thoreau’s well crafted menu lets the ingredients shine…Johnson lets ingredients shine but not to the point of oversimplification. The dishes feel mature rather than showy…Devra First, The Boston Globe

Score one for the suburbs…80 Thoreau is a place for serious dining, and just as important, serious hospitality…Carolyn Johnson’s food is generous and abundant… Corby Kummer, Boston Magazine

Best of Boston, Best New Restaurant, West….Chef Carolyn Johnson cooks up some of the most consistently well-executed farm to table fare around…service is as impeccable as the cuisine…Boston Magazine

Chef Carolyn Johnson is a huge proponent of this growing farm to table national trend with her her vibrant cuisine….Chronicle, WCVB TV5, Boston 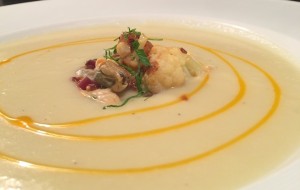