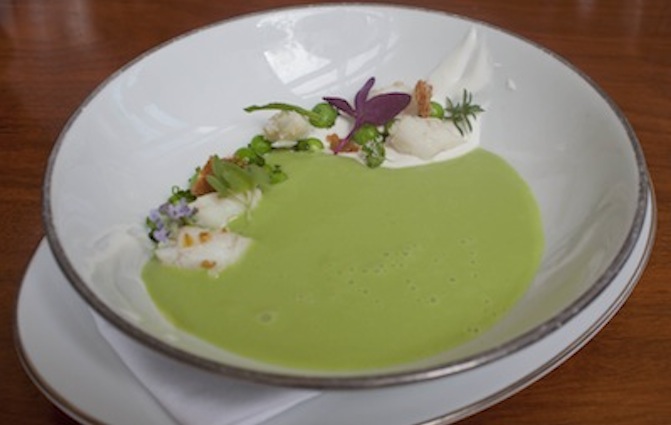 It’s true. I’ve been watching too many of feisty chef Gordon Ramsay’s cooking shows. So when I walked into the Blue Duck Tavern in DC’s West End and saw the open kitchen with cooks and chefs milling about, I half expected Chef Ramsay to barge out and start yelling about scallops. The atmosphere at Blue Duck Tavern couldn’t be more opposite than the frenzied cooking reality shows that I need to stop watching. It’s calm and the rustic décor makes you feel at home (if you were living in my dream house). The open kitchen set up is unique and infinitely pleasant, with wood cabinets, a wood-burning oven, and marble counters. The team that turns these fresh ingredients into top-rated cuisine is led by acclaimed Chef, Sebastien Archambault, who hails from LA’s RH and L’Epicerie Market  Blue Duck Tavern was recently named “Fine Dining Restaurant of the Year” by the Restaurant Association of Metropolitan Washington, and it has been on numerous top restaurant lists—including Forbes “Top Power Lunches,” quite an honor in a power lunch city like Washington, DC. And the food is not only delicious, but it is also made from ingredients from regional farms. At the top of the menu, you’ll find a nice thank you note about that, “We at the Blue Duck Tavern would like to recognize the purveyors and artisans who enrich our menu with their fresh ingredients.” 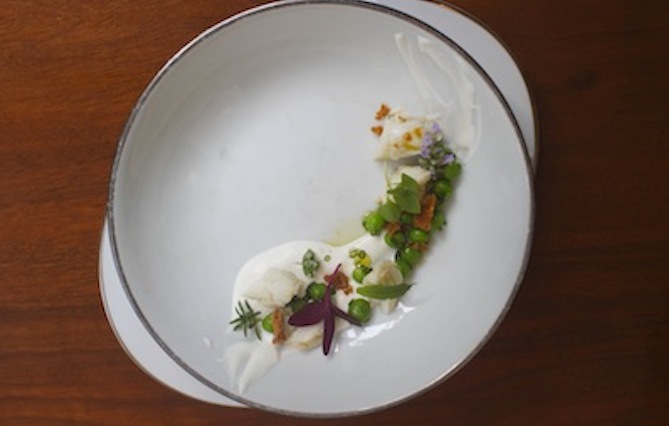 Since it is summer, they have three cold soups on rotation. Each started with a lovely plating of the garniture, on top of which the soups were poured. This is a pleasant way to serve soup—it allows you to see all of the most exciting elements before you dig in. At Blue Duck Tavern, these elements were beautifully arranged farm-fresh ingredients that I was a smidge sad to see the soup cover up.

I tried the pea soup first. The bowl came out with Maryland jumbo lump crab, peas, a sprig of lavender, herbs from the garden, and olive oil croutons. The soup was poured out of a large, frosty red pot. It was simple, light, and refreshing—an almost direct contrast to the hot pea soups of my childhood. The crab was succulent and the taut peas were subtlety crunchy. 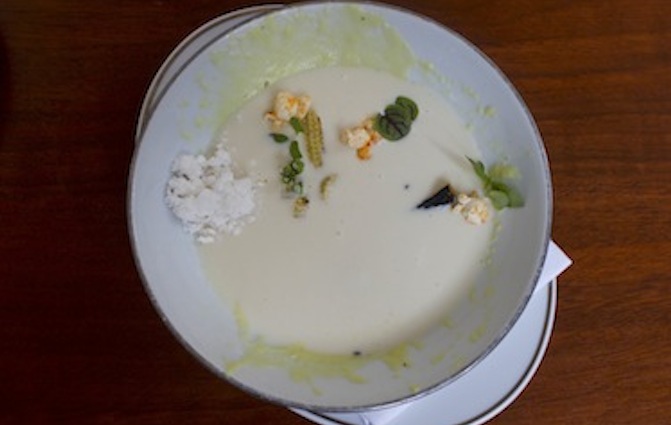 Next, I sampled the corn soup. The garniture included bacon powder (yes, bacon powder), ground pepper, corn pudding, and some other whimsical corn additions—baby corn and popcorn. It was a deliciously light version of corn chowder, creamy and salty. The bacon powder was smooth and light in the soup, giving the flavor of bacon without all the meat and fat: It made me feel a little bit like I was getting away with something. 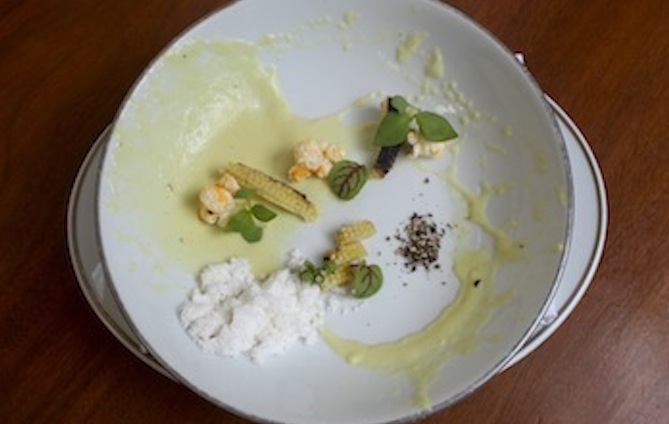 Last, I tried the cucumber gazpacho. The bowl came out with a colorful arrangement of orange smoked trout roe, cucumbers, two types of radishes, green almonds, and hearts of palm. 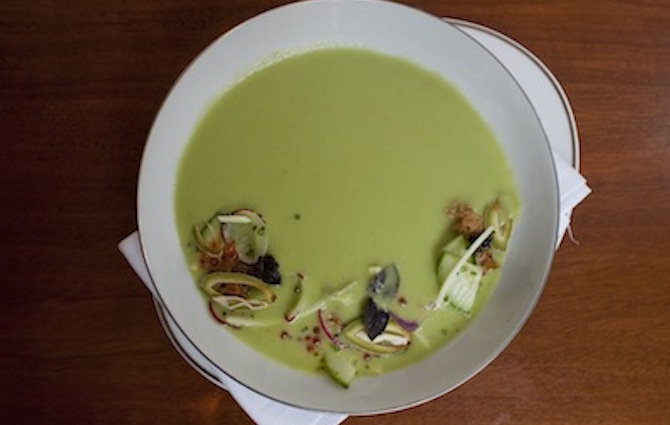 The soup itself was tangy and refreshing, with a hint of hotness from some Tabasco. The trout roe added an interesting pop of fishiness, and the crunch of the radishes, almonds, and hearts of palm complimented the smoothness of the soup. 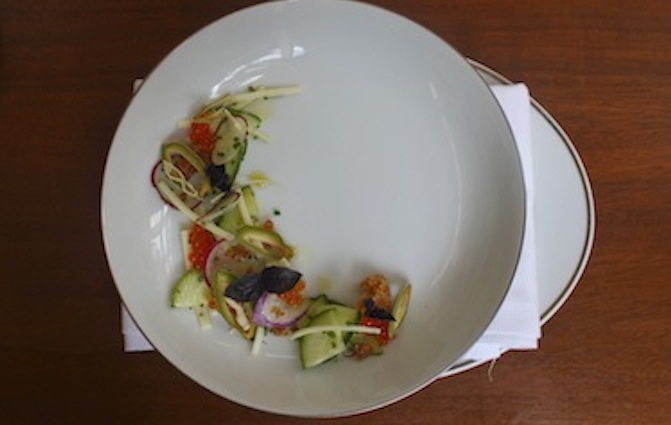 The Blue Duck Tavern knows how to please its customers both culinarily and visually. I definitely plan on going back to try next season’s soups, and I promise I’ll lay off the Gordon Ramsay reality shows in the meantime. The restaurant is easily accessible via the Foggy Bottom metro, so be sure to stop by and try one of their soups, you won’t be disappointed.