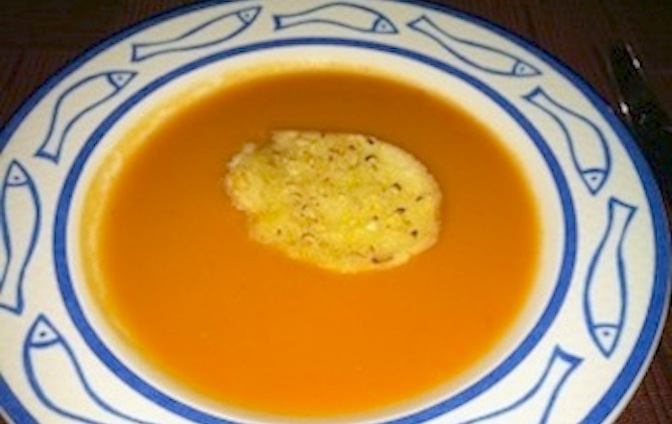 I wouldn’t normally order Carrot & Coriander Soup but when on Peter Island Resort and Spa in the British Virgin Islands, I had to relinquish all preconceived notions of carrot soup. My husband and I strolled up to The Tradewinds Restaurant where Chef Lisa Sellers is at the helm creating delectable Caribbean cuisine with a contemporary flair.

We were seated outside, under the stars as the warm breezes coming off Sir Francis Drake Channel rhythmically swayed the palm fronds. Really, it was that magical! The British Colonial style tables were occupied by resorts guests in an intimate setting while other larger table inside the restaurant were filled with those staying on the mega-yachts and catamarans moored in the bay or docked at the Marina. Tradewind’s Restaurant attire is island chic, aka has a dress code, so everyone looked sun-kissed, happy and well dressed. Jonathan Sellwood, Director of Food and Beverage is more like a symphony conductor, keeping the flow of guests, servers, food and spirits moving like a performance rather than a dining experience. The ambience was calming and serene with enough laughter mixed through out to keep it light and romantic.

The Carrot and Coriander arrived in its white vessel, contrasting its deep orange color. Its heavenly scent was a mix of sweetness from a freshly picked carrot, garlic and the warm nuttiness of the ground coriander. The flavor at once both delighting and surprising my taste buds. It had a delayed spicy snap that warmed the back of my throat. Every spoonful was savory with a texture that kept my mouth interested in more. Served with a herb and cheese baked round of bread, to be eaten sooner than later to keep its crunchy goodness. This is one of those soups, were it socially acceptable, you’d order a second bowl and enjoy it just as much. Looking outside at the 28 degree, snow covered landscape of Newburyport, I wish I had a bowl of that soup right now. Wait! Rewind! I wish I was on Peter Island with my husband, laying on of the many hammocks wondering what is being served up for tonight’s feast.

If you having never been to Peter Island let me give you a brief glimpse of heaven. Arriving in heaven is not through the pearly gates as previously taught to me by the nuns and priests at my high school, but on a boat, a short ride from Tortola to Peter Island. Of the 60 islands in the BVI’s it is the largest privately owned island with almost 1800 acres. There are five beaches, two restaurants, 52 rooms, 3 villas and a 10,000 square foot spa. There is enough to do to keep you occupied or unoccupied, how ever you like your vacation. There is kayaking, paddle boarding, sailing, snorkeling, scuba diving, hiking, swimming, island hopping, eating, drinking, pampering yourself or just beaching it. My favorite is the latter.

Blackbeard was rumored to toss overboard a few rebellious sailors who’s waterlogged bodies washed ashore one of those beaches, aptly names Deadman’s Beach. His ornery disposition could have been placated by the De-Stress Ayurvedic Therapy treatment at The Spa, had it been built back then. The view from Deadman’s beach is one of ombre crystal blue waters. The only thing to obstruct that view is the catamarans, sailboats and mega yachts that drop anchor in the bay. It simply is one of the most beautiful places I have been. You can reserve the whole island for that very special wedding, go with several couples and stay in Falcon’s Nest, Crow’s Nest or Hawk’s Nest. Its a no fly zone so that keeps the paparazzi from snapping pics of beautiful, fabulous self. Cheers to Mother Nature and all her glory in the BVI’s. 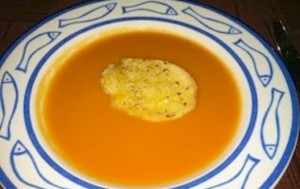 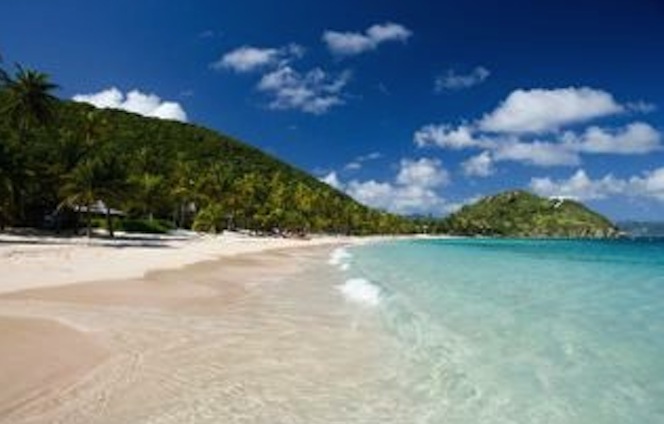