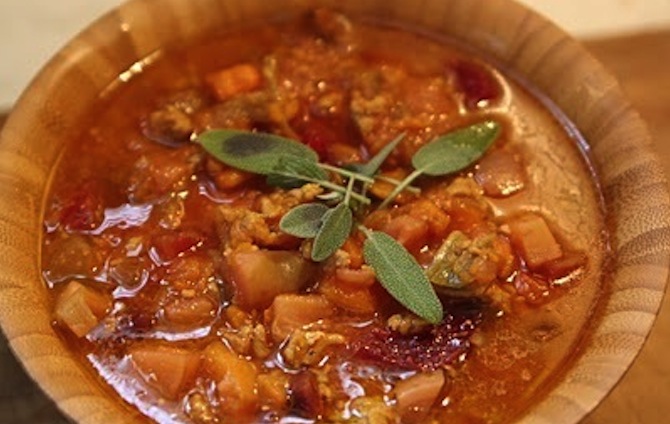 This weekend I had the honor to participate in Prospect Farm’s Soup Cook-Off – a communal cooking event/fundraiser for a new volunteer-run farm in Windsor Terrace. Once an open plot of land, the area has been transformed into a fully functional compost deposit station where locals can drop-off their non-cooked waste to be turned into soil. Since there is a high-lead concentration in the soil, organizers are starting slow with the growing process where a small plot of land is used to grow carrots, romaine lettuce, kale, and beets. There are also several squashes that no one has planted but continue to thrive at the farm, including four to six different shapes of squash
For the cook-off, I entered a roasted root vegetable and turkey soup/stew that I also made for the soup party a few weeks ago. One rule of the event was that all of the soups had to have at least one ingredient that came from a local source. Most of my soups use ingredients that come from my local farmers market, so that part was pretty easy in addition I used organic turkey and fresh herbs. A two-part recipe (some marinating is involved), this is a great soup/stew that is filing and has various flavors (sweet and savory) that is a healthy variation to a standard meat chili. I ended up winning the people’s choice (see my squash trophy) that was tied with a cauliflower and chorizo soup with kale chips. I hope to have some of the recipes from the cook-off on here real soon! 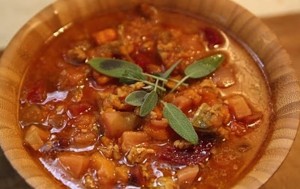