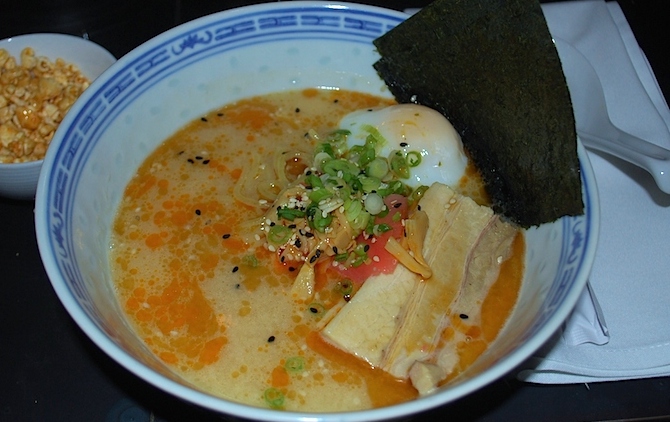 Ramen, A food maligned as fare for undergrads or starving artists, is being reclaimed as the ultimate in comfort food. Ramen noodle houses dot the map from San Francisco to Portland on the West Coast but are few and far between in the North East. Enter: Backbar.

Backbar is not a place you stumble upon. it is tucked away in a little alleyway in the middle of an emerging mecca of new and noteworthy restaurants and bars in funky little Union Square, Somerville. The effort you put into getting there will pay you back tenfold. The space is eclectic yet mindful. What I had feared would be insufferably hipster chic reveled itself to be cozy, warm and inviting. Concrete and exposed pipes combined with lush fabrics and soft seating results in a snug yet sophisticated space. The staff were knowledgeable and friendly explaining elaborate cocktails with ease, down to the science behind the Milk Punch of the Day or the Daiquiri that’s proceeds were being collected to help an injured co-worker get by while on leave. The clientele  consisted of professionals, families and foodies alike, an amalgam as the Ramen itself, combined to be unique, comfortable and definitely crave-worthy.

Backbar’s Ramen has been developed by Tse Wei Lim a Chef at Journeyman Restaurant and is made with at traditional Tonkotsu (or pork) broth seasoned with a mild miso. It is served with fresh, hand made noodles and then topped with traditional toppings such as pork belly, nori, bamboo shoots, scallions and a gorgeous lightly poached egg. The ingredients combine to make something so far beyond the sum of its parts, something so deeply satisfying you want to wrap your hands around the bowl and bring it closer so that you can become a part of the magic that is happening inside.

Ramen is served during Backbar’s Genius Hour (4pm-6pm) when they offer free wi-fi to those of you wanting to wrap up your workday in a more civilized setting, or those just looking for a reason to cut out of work early on a weekday (except Tuesdays). Get there early because, due to the fresh daily, hand-made noodles, servings are limited. 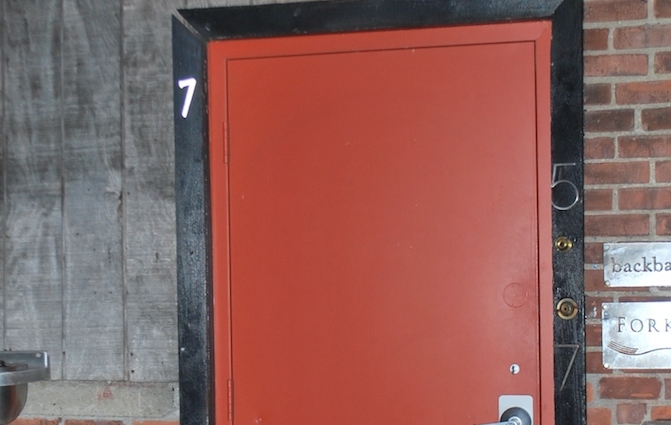