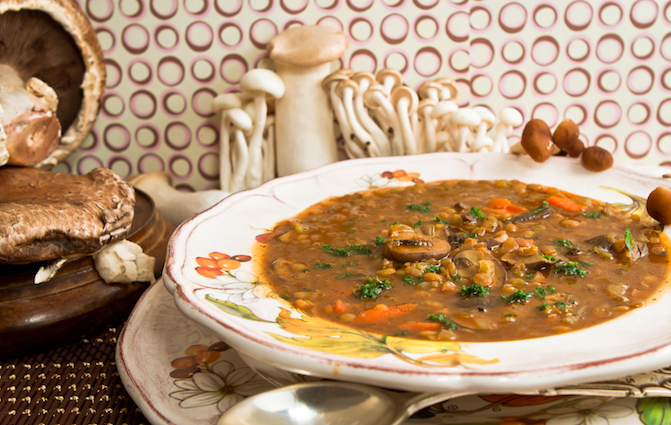 Marjorie Druker’s love of feeding those around her began as a young child with her original creation: “giggle noodle soup,” a name that best reflects her colorful personality and passion for fueling others with wholesome food. Her first taste of life in a professional kitchen came at 17 years old with a job at Newton, Massachusetts’ first gourmet shop, Nibbles. There Marjorie instantly fell in love with the idea of gourmet-to-go and stores specializing in prepared foods.

While attending culinary school in the early ‘80s at Johnson & Wales University, Marjorie met her husband and future business partner, Paul Brophy, during a prestigious internship at the South Seas Resort on Captiva Island in Florida. Paul’s foodservice management background combined with Marjorie’s cooking prowess made them a natural team for life in the restaurant industry.

After graduating in 1985, Marjorie jumpstarted her career as the culinary and creative brains behind the original recipes for Boston Chicken in Newton, which would later become the famed national chain, Boston Market. In the early ‘90s, Marjorie took her business savvy in a new direction by launching her own private catering and cooking school business – the Traveling Gourmet – where she was able to work closely with families and recognize firsthand the importance of bringing delicious, quality food into the home.

While her female chef peers sought executive chef roles in full-service restaurants, Marjorie made the bold choice to pursue a culinary career that would afford ample time to spend with her family, while allowing her to prepare the gourmet comfort food she loved serving in her home and for others. By 1995, Marjorie and Paul had opened the doors to New England Soup Factory in Brookline with a mission to take timeless dishes and give them a modern twist for complete, wholesome meals. Using her advanced culinary training, an understanding of both international flavors & classic American dishes and a playful approach to ingredient combinations, Marjorie developed more than 100 healthful, hearty soups bursting with her personality. A second New England Soup Factory location in Newton followed shortly thereafter in 1998.

Most recently, Marjorie, Paul and their daughter Emily – who followed in her parents’ footsteps at Johnson & Wales University – embarked on a new family venture and opened The Modern Rotisserie adjacent to New England Soup Factory’s Newton location in December 2012. The Modern Rotisserie remodels the classic foundation of French-style rotisserie chicken for today’s family, where its signature Apple Brined Roasted Chicken is the star of the plate.

Marjorie’s enthusiasm for cooking and sharing her home-style techniques with others led her to co-write and produce The New England Soup Factory Cookbook. Now in its 9th printing, the cookbook continues to teach the simplicity and joy of cooking at home. 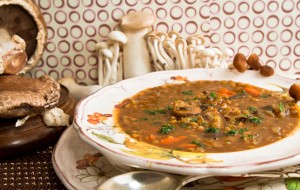