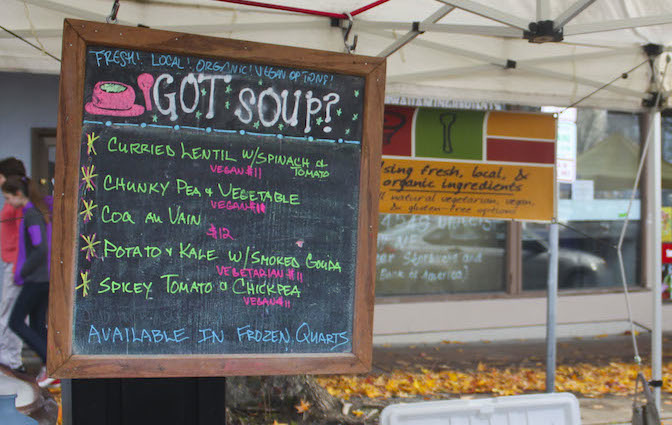 It was a bright cold, crisp October morning in Seattle when I joined Jerry Baxter at his soup stand, Got Soup? at the University District’s Farmers Market. Jerry came to Seattle by way of New York and New Jersey—he even has a lingering accent to prove it. After moving to Seattle, he got interested in the organic food movement, and decided to start making soup. Jerry has been working the University District Farmers Market for years, slinging soup for his company, Got Soup? His first soups were all vegan and vegetarian, but now he’s added meat to his repertoire. Jerry’s soups are made with all local ingredients from vendors at the Farmer’s Markets he works at and he posts all of the ingredients on the his board and on the soup labels, so you know exactly what you’re getting. 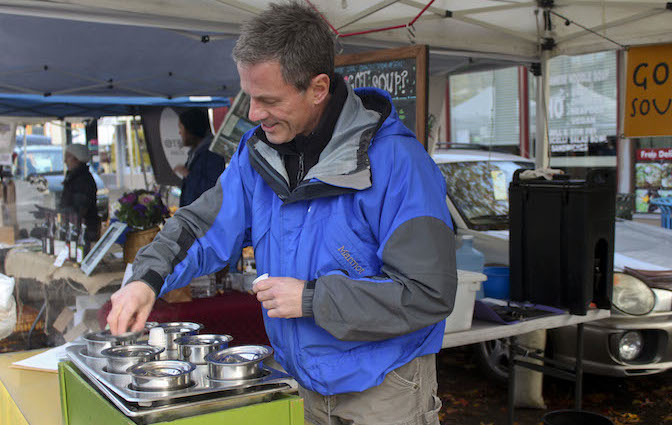