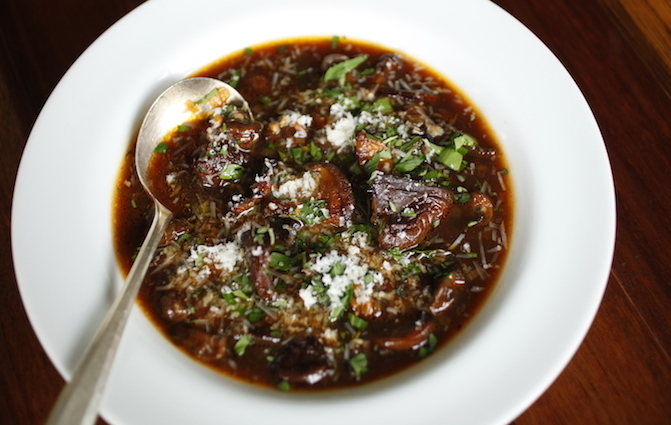 Executive Chef Alex Yoder’s roots in the Pacific Northwest food community run deep. Born in Northeast Portland to a family of cooks, he grew up in the kitchen and learned the intrinsic value of preparing seasonal, locally-sourced cuisine long before it was fashionable.

While attending Southern Oregon University in Ashland as a sociology major, Yoder worked at venerable Chateaulin restaurant, and discovered that his true calling was behind the stove rather than behind a desk. Returning to Portland after college, Yoder procured a job at Castagna restaurant and worked his way up from line cook to Café Castagna sous chef under then-executive chef Kevin Gibson. At Castagna, he also met and worked with his future collaborators, Nate Tilden and Elias Cairo. Moving on to Clyde Common, Yoder again diligently worked his way from line cook to sous chef, before taking the helm at Olympic Provisions as executive chef in December of 2010. Yoder, 29, prefers to spend his free time with his head in a cookbook, and counts octopus, sardines, and oxtails among his best friends. 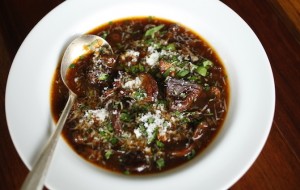 1. Combine all ingredients in a sauce pot and bring to a boil.  Turn the heat down and simmer for 1 hour.

2. Strain through a fine mesh strainer and discard the solids.  You should have 3 quarts of liquid.  If you have more than 3 quarts, return the liquid to the heat and simmer until reduced to 3 quarts.