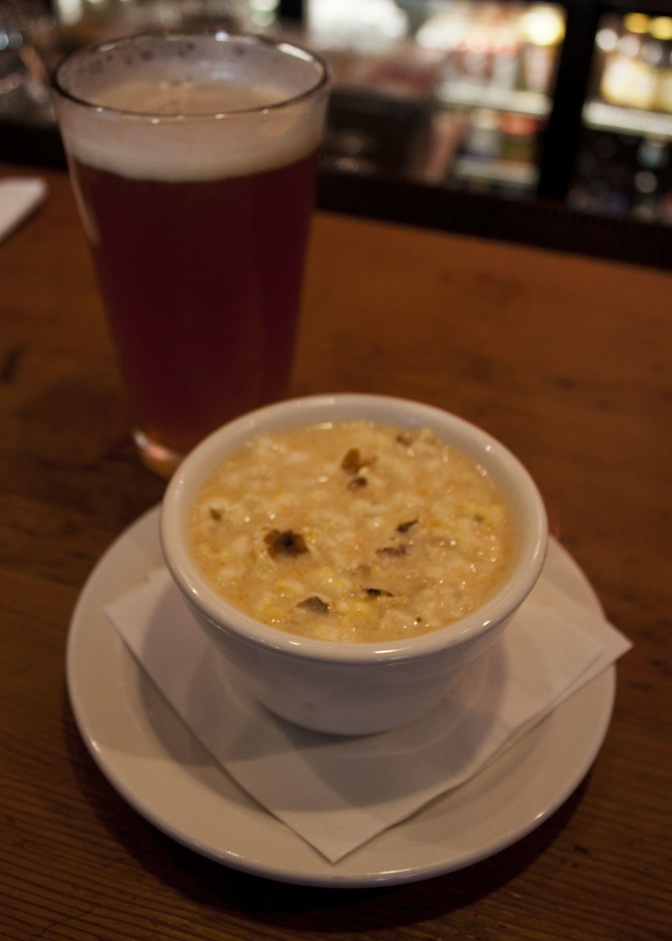 It’s appropriate that one would find Zayda Buddy’s Pizza and Bar in the traditionally Scandinavian neighborhood of Ballard. Its cuisine is a transplant from another Scandinavian mecca—the Midwest. And, rightfully so, the bar is a destination for Midwesterners searching for a taste of home. I have to admit that before my trip to Zayda Buddy’s I had a complete lack of knowledge about Midwestern cuisine. Now that I’ve had my first taste, I’m convinced it is all comfort food. I mean, everything is centered around cheese or gravy, which makes me wonder—is the Midwest a kind of special heaven?

Zayda Buddy’s is named after owner Joel Radin’s grandfather, who came to the U.S. from Lithuania and settled in Duluth, Minnesota, in the 1920s. Zayda obviously was a lot of fun to be around. His cartooned visage shows up in the bottom corner of the restaurant’s website saying “Very Happy! Everytime! Everywhere!” Radin also owns the Seattle coffeehouse staple, Bauhaus (celebrating 20 years this year!), and is the co-founder of Top Pot Doughnuts, both of which feel like completely different ventures than Zayda Buddy’s.
Zayda Buddy’s is a cozy sports bar with exposed brick, serving a gaggle of Midwest beers–most proudly, Leinenkugel. Each bit of the décor carries the Midwestern mission forward—from the Twins championship buttons to a poster showing the fishes of the Great Lakes to pictures of local birds. And the food—I actually found tuna noodle casserole on their menu, which, don’t gasp, is my ultimate comfort food. They also have poutine (French fries with gravy and cheese curds), Walleye cakes (Minnesota’s version of crab cakes), and a traditional Minnesotan fishfry.

Things were looking up for my maiden soup voyage in Seattle. My soup tasting: Homemade Beer Cheese Soup. Beer and cheese: Two things I enjoy more than perhaps I should. We went at 5 pm, so the soup had just been made. It came out hot with popcorn floating on top. It was thinner than I expected, mostly because it was so fresh—it thickens as the night wears on, becoming cheesier and cheesier. The soup was a get-in-my-pajamas-and-watch-a-movie soup—a bit like mac and cheese liquefied, salty and warm. The popcorn gave it a crunch and added smokiness to the flavor. And believe it or not, there are actually vegetables in this soup. Little bits of carrots complement every bite. In preparing the soup, the vegetables—carrots, celery, and onions—are cooked in beer. The cheese part is created separately, and they are only added together right at the end.

If anybody from the Midwest visits you in Seattle and you want them to feel at home, Zayda Buddy’s is definitely the spot to take them. And if you need to get your beer and cheese fill, I can’t think of a better place to go.