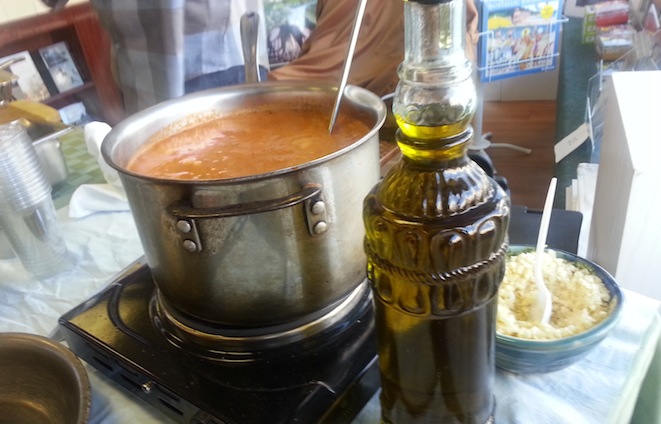 The latest cookbook by Sweet Basil Chef Dave Becker and food photographer Nina Gallant is both the ultimate coffee table book, and a must have in the kitchen. The cover itself stands out as a movie marquee, inviting the viewer to stick around to see what’s next.

STEWED: A Collection of Soups, Stews & Braises  is an absolute visual feast. The recipes are one pot wonders that highlight the seasons and the plethora of locally sourced ingredients that come along with them.

I was able to catch up with Chef Becker at one of his book signings for STEWED. It was a crisp day, and when I arrived the staff was apologetic as Chef Becker was running a few minutes late. Moment later the Chef, literally came running in the front door, carrying a large pot that he “barrowed” from neighboring restaurant Alta Strada. He had a huge smile on his face and admitted he had forgotten one of his key tools, the pot. Within minutes Chef Becker was in his comfort zone creating the tastiest interpretation of the classic tomato soup that I have had in years. The room filled up quickly with both avid foodies and curious bystanders.

Using Lebanese olive oil, oregano, mounds of burnt garlic, a combination of Backyard Beauty tomatoes and 7440 canned tomatoes, plus good ole’ Needham tap water, Chef Becker made this aromatic classic with ease. Ease is a great word to describe Chef Becker. As he continued making mini grill cheese sandwiches with Taleggio cheese (for what would later be GAINT croutons in the soup) he shared his passion for his restaurant and stories from his past that made the room instantly laugh along with him. At one point, while putting a dollop of his pesto into each perfectly executed sample of soup, he exclaimed, “this feels a bit like therapy!”

He knew he wanted to be a Chef for quite some time as he has spent a lifetime in restaurants, including Davio’s in Boston and the old Joseph’s Winter Street Café in Newburyport, MA, the Chefs hometown.  Starting as a busboy he offered the benefits. “They would let me drink all the fountain soda I wanted. I couldn’t do that at home,” he says with a grin.  A self described “hyperactive night person” his respect for the craft is apparent and he comes in high regard from his family in the industry. One woman at the singing piped in that she had heard that when Ming Tsai goes out to eat it is Chef Becker’s restaurant that draws him in.

This cookbook is a must have for fellow Soupys. The images are tantalizing and Nina Gallant treats the reader to pages dripping with detail. You will find fresh ideas, like Stracciatella, a silky hearty beef soup with an egg whisked in, to the classic hot and sour soup.  Lentil soup with shredded duck, lamb porridge and classic and hearty seafood chowder recipes educate the reader to go outside the box when deciding what next to serve in that empty bowl.

Lastly, the soup team would also like to congratulate Nina Gallant for her recent gig.  She is the photographer of libations and temptations at Ming Tsai’s much anticipated, Blue Dragon, which has opened in Boston’s Fort Point Channel. We can’t wait to get our spoons into their Hot and Sour Tomato and Coconut Chicken and Basil Soup! 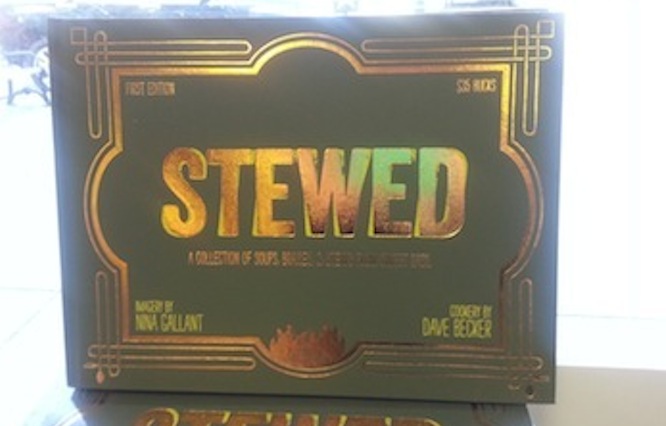